Behind the day  is set in the Alps and depicts the present time, a period in which fixed values end up on quicksand and start to shift. It shows how our view of themes such as the environment, democracy and fellow human beings has changed at a rapid pace over the last decade. Lars van den Brink uses man as a symbol for willpower, hope and inspiration.

By letting go of the unity of time and  combining different shots, he distances himself from the analytical nature of photography and is able to create images that go beyond mere registration.

Behind the day is the sequel to his series Frozen Time in which Lars first used a technique that brings both day and night into one image. In this new series, he has further explored ways to ‘paint’ with photographic material, in order to amaze the viewer and lift him out of reality.

The works consist of authentic, photographically obtained material ,no digital data, with which Behind the Day is also emphasizing the choices we make about what we want to see; which story do we filter from the world around us?

For this series, Lars travelled for over two years through the French, Swiss and Italian Alps. He slept in mountain huts or in a tent, and often photographed from the exact same location for about fourteen hours. During those sessions he saw the moon and stars give way to the sun, and the change in colour of the light and the landscape. With his camera he captured people and events in order to later build up his story and created Behind the day.

The end result is a filtering and compression of compounded time; images that refer to classical romantic painting, but also to the contemporary landscapes used in games.

Since the last two years at the Royal Academy of Art The Hague (1996 – 2001) I am fascinated about the different ways photography gives me the opportunity to take reality into my own hands and give it a little spin so I can show my story.

Within my photography I examine different techniques that enable me to portrait my fascination for a person, a location or a topic.

In my latest work I use the possibilities contemporary technology offers to lift the unity of time. And thus I play with one of the classic characteristic of photography. Day and night, hours and minutes, they all become fluid within my work.

In my method of work I do not interfere with what is happening in front of my lens. I build my story just out of scenes and people that happened to pass by. By doing so I create a somewhat surrealistic tableau vivant with a strong documentary character.

My photo’s are often overly crowded landscapes which, like Museum de Fundatie wrote, remind the viewer off late medieval masters like Pieter Breugel or Jeroen Bosch. Filling my compositions with little human stories, which reflect my fascination for us, the human race. The images shape my emotion about the ongoing quest in life.

It is the solitary element in us that stirs and inspires me to make this work. 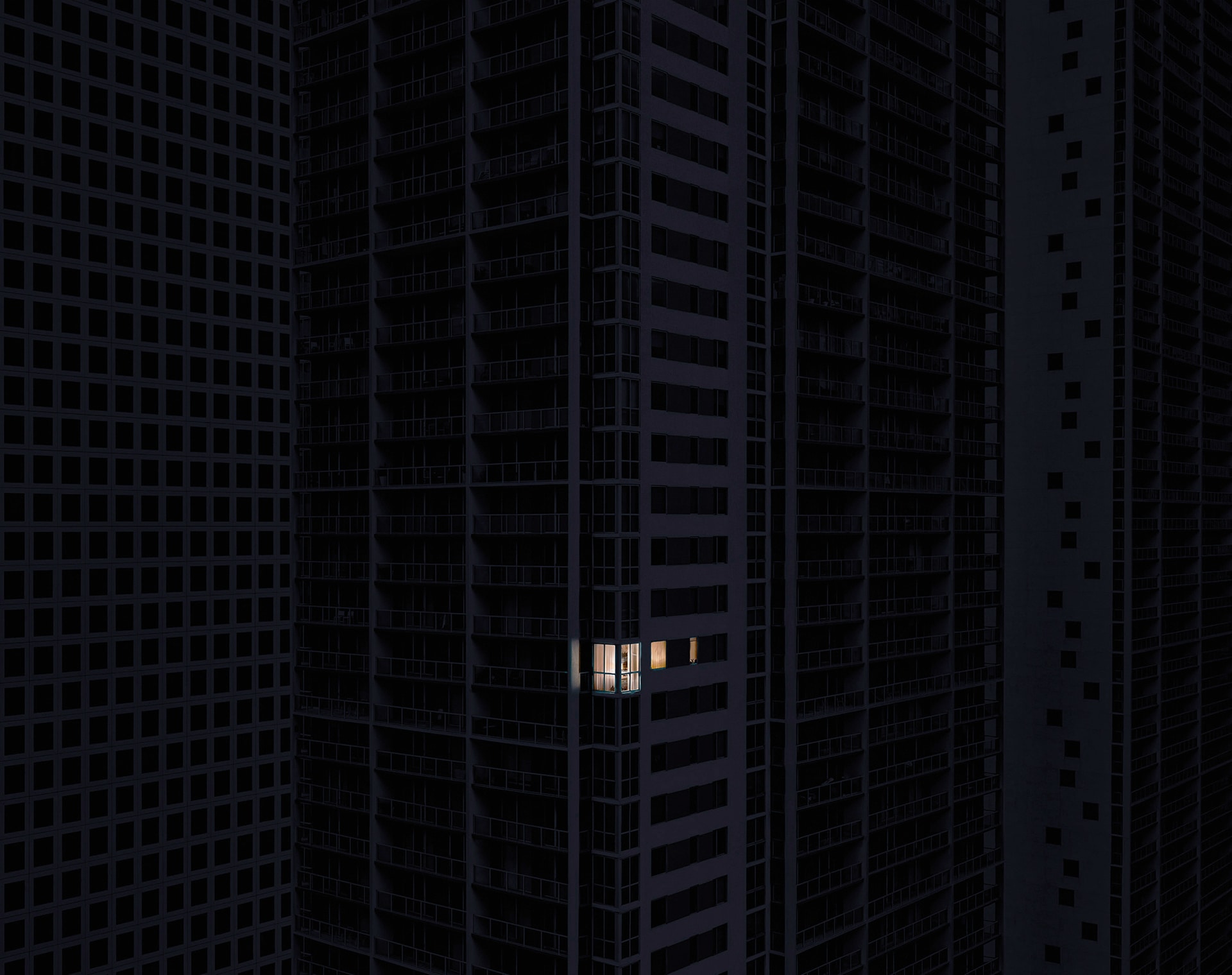